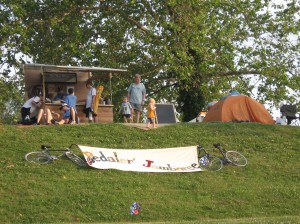 every memorial day the pedaler’s jamboree takes place on the katy trail.  for the last 4 years the event has gotten bigger and bigger.  the concept is that bicyclists start in columbia mo and ride all the way to boonville, cyclists camp out at the old kemper military school where waiting for them is an amazing bluegrass concert.  big smith has played as well as split lip rayfield, haha tonka, and the ozark mountain daredevils.  the next day you pack up camp and ride back.

the beauty of this event is that 80% of boonville is populated by farrises meaning you don’t have to camp and get a real shower at the end of the ride.  linda and embarked this year on the jamboree, which now includes music and food along the 30 mile ride on both days.

we estimated the 30 mile ride might take somewhere between 4-5 hours, with stops along the way to enjoy music, beverages, etc.  well… we got done in around 3 hours.  why?  because in true farris fashion i rode like it was a race head down and must pass anyone riding in front of me.  linda said she just tagged in behind me ringing my bell to announce myself.

this though turned out perfect.  though we hit all the stops before the first bands setup, we made it home by 1:30 meaning we got to go back to columbia to collect our free pint glass and beer at broadway brewery and then head to the hotel frederick in boonville to eat a fantastic meal while watching the rest of the jamboree head over the bridge to the camp ground.

nothing tops a day of perfect riding, beer, food, and music, let the countdown to next year’s jamboree begin! 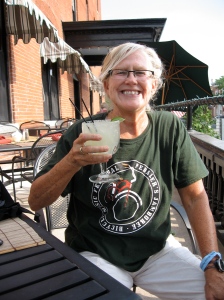 linda with her signature margarita 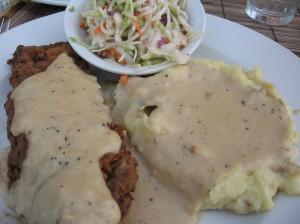 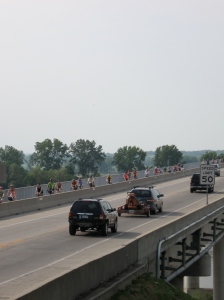 watching the cyclists come over the bridge at dinner, 1600 crossed that bridge this year for the jamboree 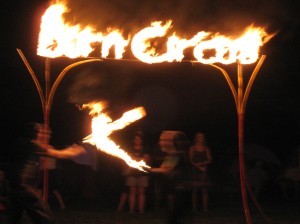 its not a hippie festival if there isn’t fire performers 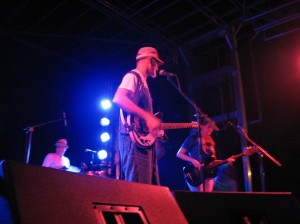 southern culture on the skids were the headliners and they said “ya know you are at a party when there is a guy in a banana suit!”